The National Instruments CompactRIO Controller, cRIO-9074, is an embedded controller that is perfect for advanced monitoring and control. Since it is an electronic device, the cRIO-9074 requires a DC power supply to work. The ideal power supply for this purpose is the PS-15.

The PS-15 is an industrial power supply that is used to power CompactRIO systems, CompactDAQ systems, and many more. This component takes in an input of 100 VAC to 240 VAC and supplies an output of 24 VDC, 5 A to the cRIO-9074. However, for this setup to work, you need to carry out all the connections properly.

This blog post covers the process of setting up and powering the PS-15, and subsequently, the cRIO-9074.

The first step in setting up the cRIO-9074 is connecting the PS-15 to an AC power source.

To connect the PS-15 to the power source, strip the ends of a standard 300 V (16 AWG) cable to expose the three wires inside. These wires are color-coded according to the terminals or ports to which they are to be connected; white for neutral, black for live, and green for earth. Note that the color coding for different cables may vary. The most common variations are blue (neutral), red/brown (live), and green (earth); and black (neutral), red (live), and yellow/green (earth). 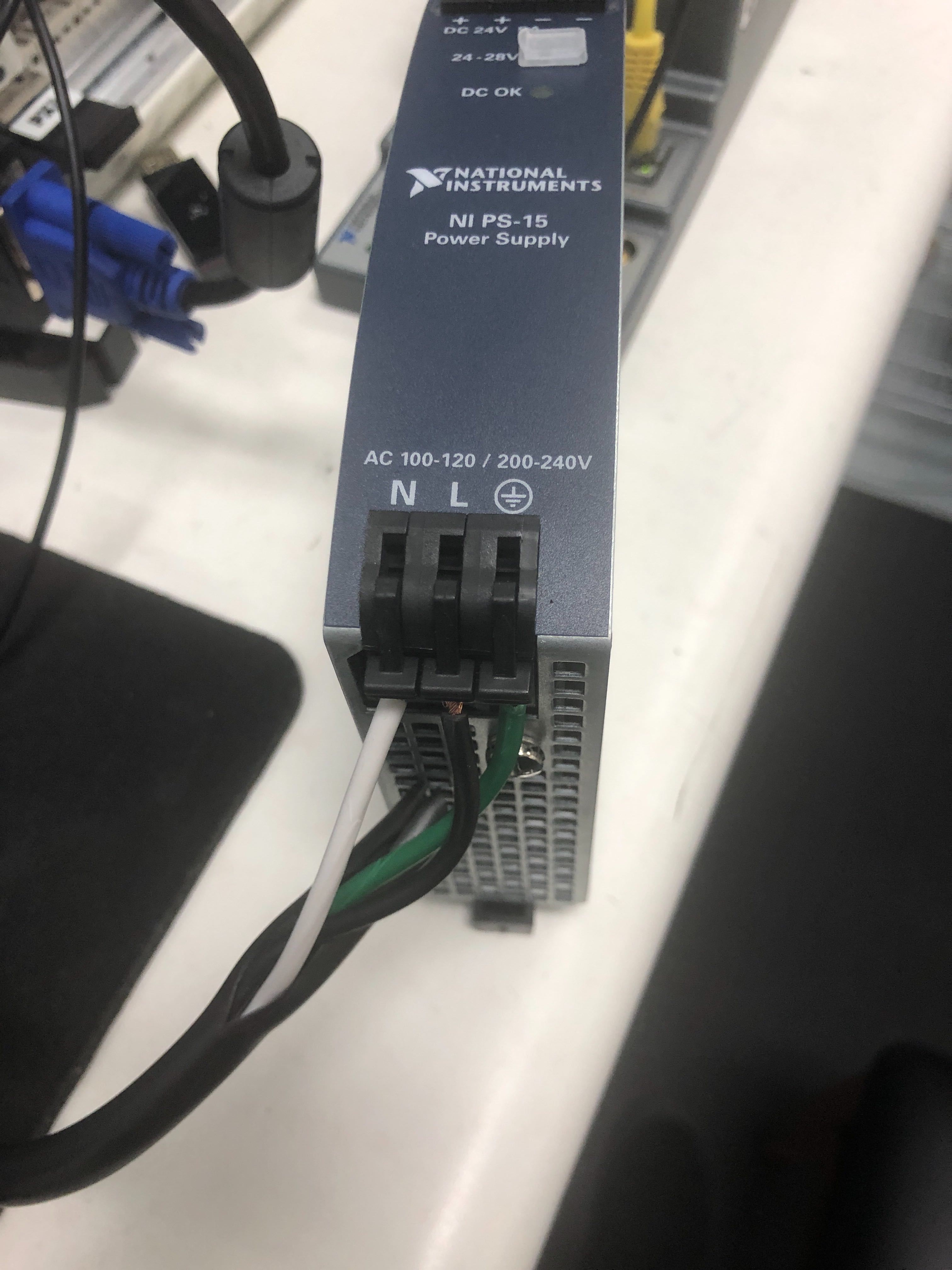 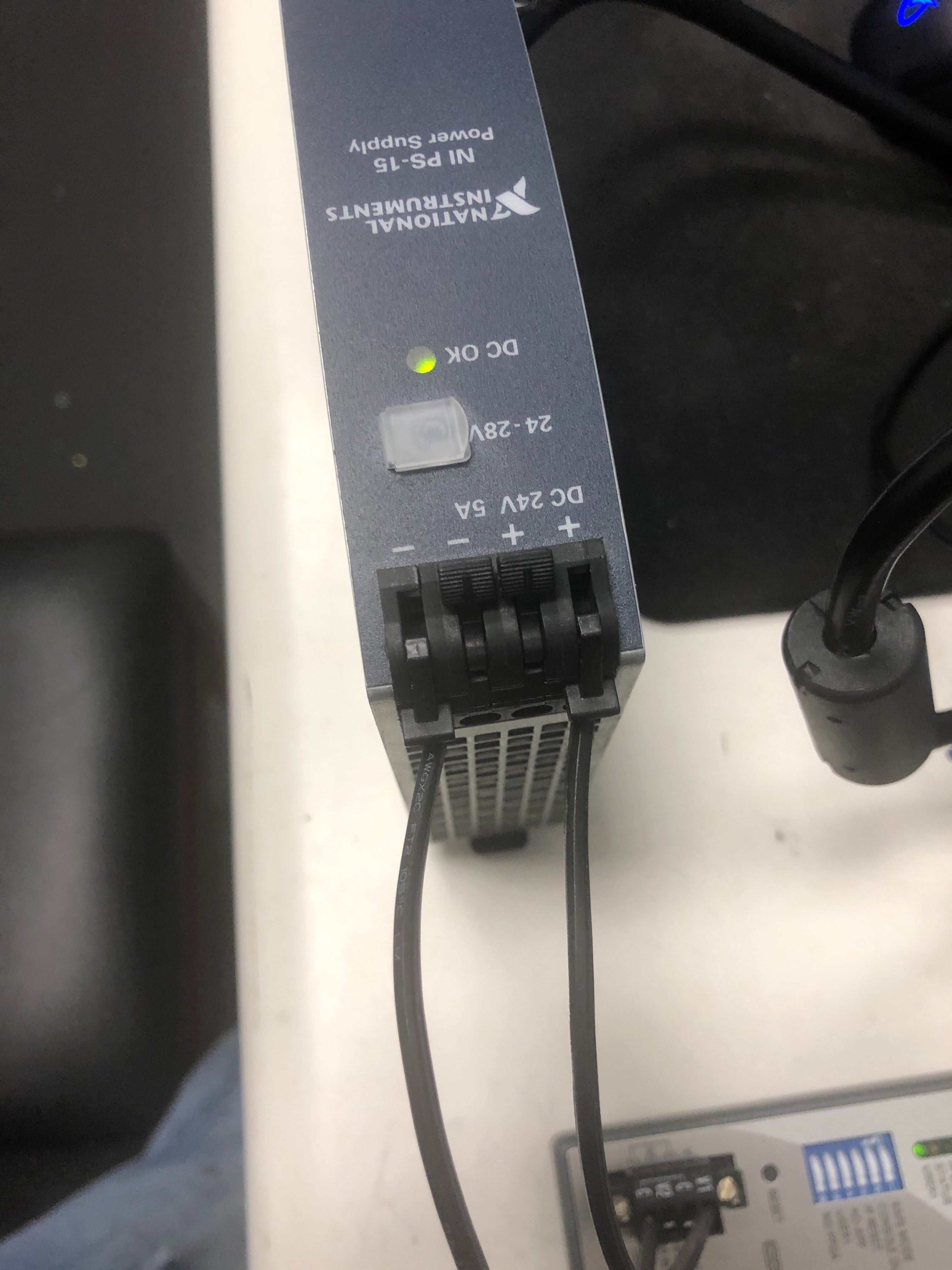 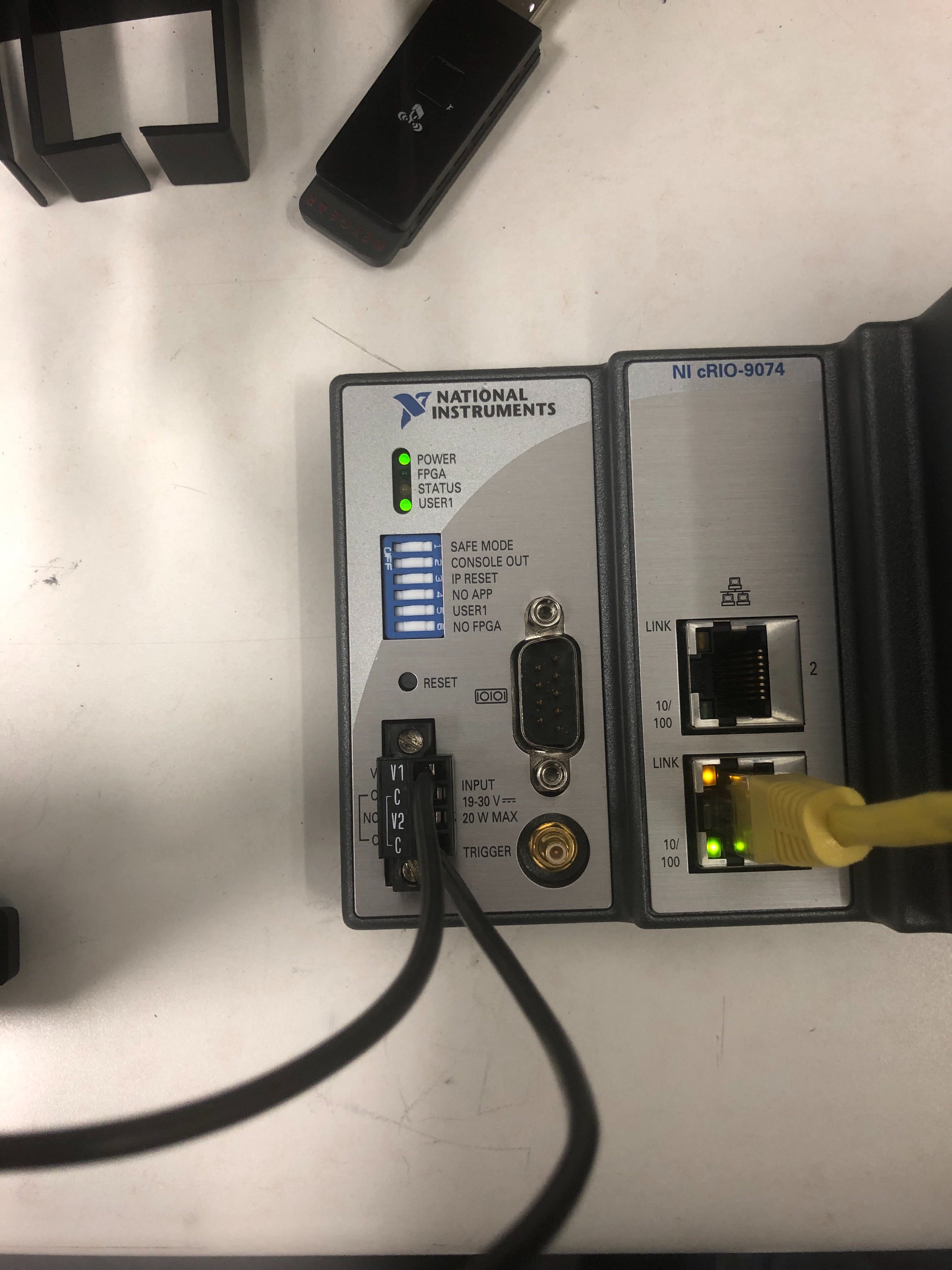 For the cRIO-9074 to function properly at MAX, you need to carry out an IP reset. To do this, flip the IP reset switch to the “ON” position, then press and release the reset button. After this, flip the switch back and refresh the component MAX.