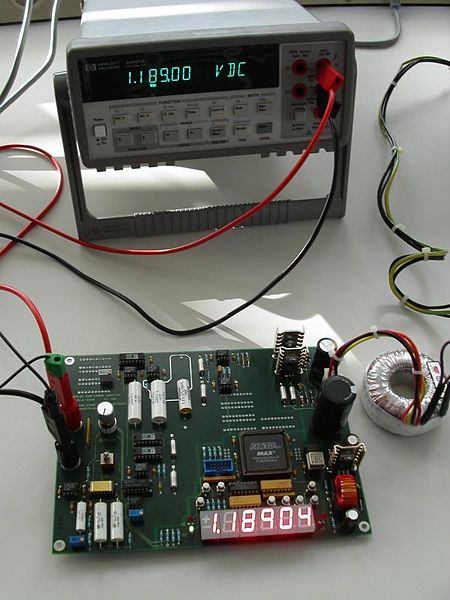 The electronic amplifiers used in electronic voltmeters can have different characteristics depending on the amplifying elements used. The original amplifiers used electron tubes, which were then called vacuum tubes. As semiconductors became more popular and inexpensive, junction or bipolar transistors were used. Then field effect transistors (FETs) were used more often because they had input impedances like electron tubes. Operational amplifiers, which are stable and less expensive, and have high input impedances are used more frequently with digital meters. 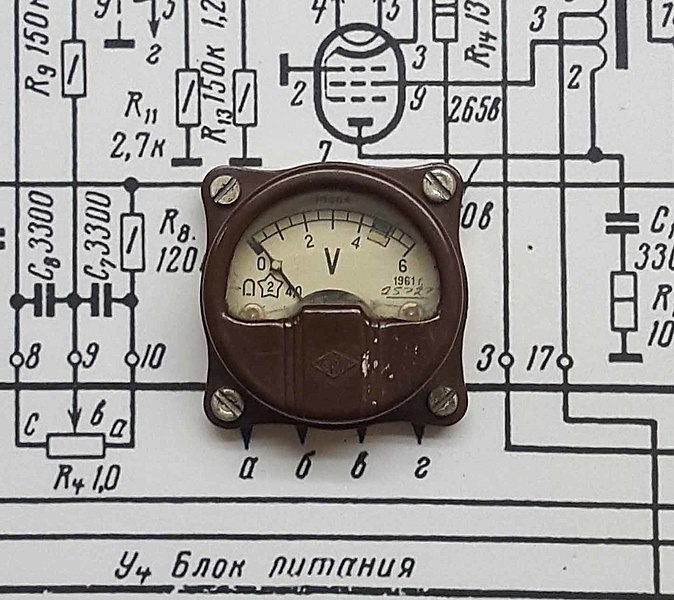 Since many amplifier types have different impedance characteristics, the electronic voltmeters utilize a resistor input network as a buffer between the circuit being tested and the amplifier stage. This network is a voltage divider or attenuator network. The voltage under test is always applied across the whole network, which typically has a total resistance of 11 megohms. The voltage is tapped down, with a range switch, to keep the input voltage to the amplifier under 1 volt.

Operational amplifiers (op-amps), which combine the transistor and many of the resistor and capacitor components of the complete amplifier stage on a chip, also come in versions that have high-input resistances, and have become popular as meter amplifiers, especially in digital meters.