There are many different types of amplifiers. The first type to be discussed is operational amplifiers. These are also known as op-amps. Op-amps are integrated circuits where the chip contains the transistors of the stages and resistors and capacitors as well. An op-amp is a differential amplifier on a chip, in which most points in the circuit are accessible through terminal connections. The terminals can be linked, so different parts or all of the differential amplifier can be used for different functions. Since both stages of the differential amplifier produce opposite outputs, either stage can be used as an inverting or noninverting amplifier. Since the first stage feeds the second stage as an emitter follower, the emitter follower output can be used.  It can be used with one or two inputs, or one or two differential or emitter-follower outputs. If external resistors for feedback or stabilization are added, the op-amp can also function as oscillators, gates, counters, and various others. Op-amps are used extensively in digital meters. 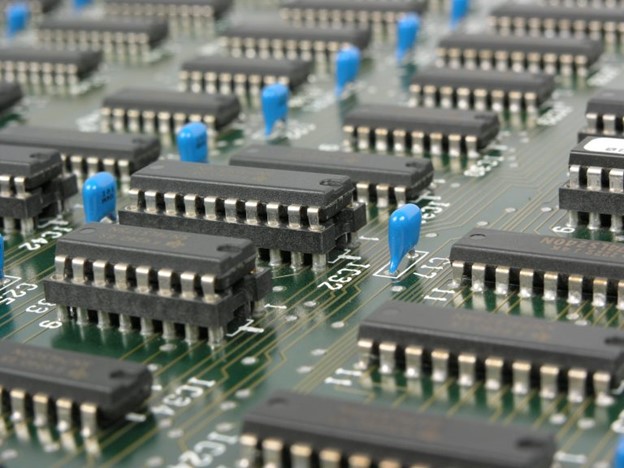 The next type of amplifiers are cascade and cascode amplifiers. Some voltmeters have better accuracy characteristics than others. Cascade and cascode amplifier stages provide good gain, but the transistors are subject to current drift with higher temperature and age. The calibration control can be adjusted for zero volts, but the control setting cannot be compared to anything else to determine the preciseness. The meter would have to be compared to a voltage standard after an extended period to decide preciseness. While the differential amplifier can also drift, and needs periodic testing against stipulations, the differential amplifier has the benefit of allowing some comparison against itself. The differential amplifier is two nearly equivalent voltage amplifier stages, in which the input is applied to the first stage, Q1, producing a variation in the collector current flow of Q1. Q1 also acts as an emitter follower, which applies an input signal to Q2. This drives the collector current of Q2 in the opposite direction of Q1. Q1 and Q2 then generate equal and opposite outputs.

Upon a quick glance, cascode amplifier circuits may look like cascade amplifier circuits, but there are important variations. In some equipment, cascade stages can be nearly equivalent to each other. In other equipment, there could be large differences in circuit components because of design needs, but usually, every stage in a cascade network follows the same standard configuration. With cascode amplifier stages, the basic configurations of the two cascode stages need to be different because the two stages interact with each other much more than cascade stages. Cascode stages are interdependent because the first stage is part of the input of the next stage. The first stage, Q1, is part of the emitter circuit of the stage Q2 and transfers the signal voltage to Q2 by changing the input emitter resistance and current of Q2.

The more amplifier stages that are used, the higher the possible sensitivity of the meter becomes. It could measure smaller and smaller voltages. Most of the time more than one amplifier stage is used so that the gain required of one stage can be kept low enough to be more stable and precise. Two stages with a gain of five each can be more stable than one stage with a gain of 25. Cascade amplifiers are two or more amplifiers linked sequentially, with the output of one amplifier feeding the input of the next amplifier.

The third type of amplifier is the voltage amplifier. The input network presents a high resistance across the circuit being tested so it does not interfere with the circuit, and the follower circuit singles out the input network from the amplifier circuit to keep the amplifier circuit from loading down the input network on the higher voltage ranges. The main purpose of the voltage amplifier is to ensure the meter becomes more sensitive, so it can accurately measure smaller voltages. If the meter was only going to be used to measure voltages of 1 volt and higher, a voltage amplifier might not be needed.  A 1 milliampere analog meter movement with an internal resistance of 1000 ohm scan measure 1 volt. Multiplier resistors are necessary to enhance the voltage levels that can be measured. If the meter is not created to measure voltages less than I volt, only the source follower stage might be required for its high resistance input. However, the use of an amplifier stage will boost the preciseness of the meter and extend its voltage ranges down to the millivolt and even microvolt levels. The voltage amplifier circuit is created to deliver the correct current level to drive the analog meter movement. A potentiometer is included in the circuit to enable the meter to be calibrated for the highest preciseness.

A junction, or bipolar transistor, is used for amplification. It is imperative for the electronic amplifier circuits in the electronic voltmeter not to unbalance the resistor input network on the high range positions. Thus, the amplifier circuits have two main functions- to maintain a high input resistance and to deliver amplification to enhance the meter’s sensitivity for smaller voltage measurements. It is difficult to complete both with only one stage. 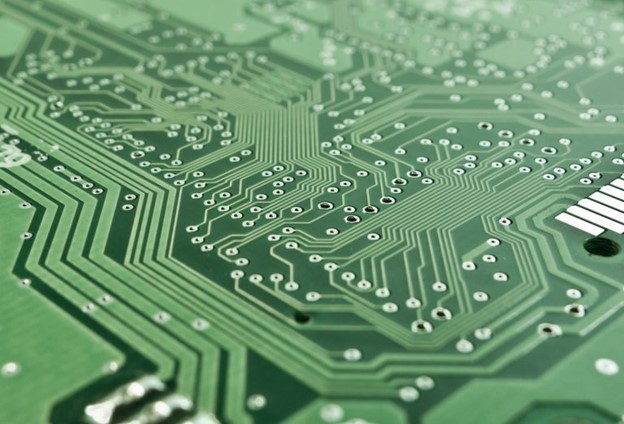 With the FET circuit, it is called a source follower circuit because the output is taken from the source and the output closely follows the input voltage applied to the gate.  In a standard FET amplifier circuit, the output would be taken off the drain.

Since the variety of amplifier types have different impedance characteristics, the electronic voltmeters utilize a resistor input network as a buffer between the circuit being tested and the amplifier stage. This network is a voltage divider or attenuator network. The voltage under test is always applied across the whole network, which typically has a total resistance of 11 megohms. The voltage is tapped down, with a range switch, to keep the input voltage to the amplifier under 1 volt.