LiDAR, which stands for Light Detection and Ranging, was first used for applications in meteorology and astronomy. It grew in popularity in 1971, when the Apollo 15 traveled to the Moon and was the first to employ a LiDAR sensor to gauge the height and topography of a planet’s surface. Since then, LiDAR has proved to be a valuable tool across a variety of applications for multiple industries.

How Does LiDAR Work?

LiDAR is basically a ranging tool that calculates the distance to a target. The main components include a scanner, laser, and an advanced GPS receiver. A LiDAR system works by emitting a brief pulse / light beam towards a specific target. The light is then reflected off of the target and the scattered reflection is then captured by the sensor. The amount of time between when the outgoing pulse was emitted and when the sensor detected the reflected light pulse is used to determine the distance and create a map.

A “point cloud” is produced when laser ranges are coupled with location and orientation data from the integrated GPS and other systems. The “point cloud” refers to a dense and intricate collection of elevation points that each correspond to a specific location on the Earth’s surface from which a laser pulse was reflected. Each point has 3D coordinates of latitude / longitude / height.

Since LiDAR can be used for precise distance measurements, it is ideal for tackling a variety of issues. Depending on the use case, a LiDAR system may employ multiple laser / light beams, a scan mirror, or other techniques.

LiDAR and The Earth

One of the most widespread and valuable uses for LiDAR is examining the Earth’s surface. LiDAR is capable of both topographic and bathymetric measurements- the difference being that near-infrared light is used when mapping land, while green light capable of penetrating water is used to map the elevations of the seafloor and riverbeds.

It is important for scientists to characterize the vegetation over large geographic areas in order to address both regional and ecological research challenges.This task is incredibly difficult to do on a large scale through traditional ground-based methods, which are resource intensive and come with constraints. Instead, aircraft equipped with LiDAR provide a way to approximate crucial traits of vegetation across large regions. In addition, LiDAR is being used to support emergency response efforts, create more precise coastline maps, create digital elevation models, and many other uses.

Another application of LiDAR is with the LabVIEW Robotics Module- a software bundle from NI that enables you to create and deploy robotics applications. In the class hierarchy within the software, LiDAR methods can be found under the “sensor” class. Once implemented for the robotic module, it allows for the distances to the nearest item in each direction to be returned by LIDAR sensors after scanning a sector of angle.

One use for the aforementioned “point cloud” that is produced by a LiDAR system is found in autonomous navigation. The points of data can swiftly create a 3D model by scanning the surrounding area with probing beams at exact angles. Given how changeable the environment is around the vehicle (with objects both stationary and in motion), scanning quickly is essential. Because LiDAR can measure the distance to objects with a high degree of accuracy, even regarding directionality, it has been proven to be particularly useful for self-driving vehicles where situational awareness is paramount. 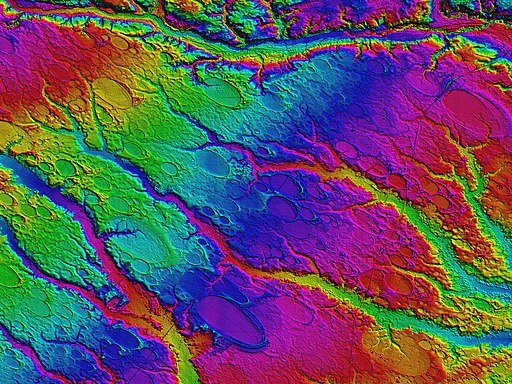 We have already discussed the usefulness of LiDAR imaging the Earth from large aircraft such as planes or helicopters, but LiDAR can also be used on a smaller scale using drones. These imaging drones are already at work for industries such as mining, oil, construction, etc- and entrepreneurs are seeing the benefits of the technology. LiDAR drones make it possible for companies to monitor their land with high quality resolution, gather data, and swiftly evaluate that data.

Drones equipped with LiDAR also make visual maintenance inspections much easier for the industries that require them, because they are able to easily navigate through and around buildings and photograph even the smallest objects. They are able to take high-resolution thermal photos or films from positions and heights that are inaccessible to people, which allows the inspector to see issues including damage, fractures, improper wiring, and more. With the aid of this technology, more thorough data collection is possible without endangering the safety of the inspection team.