The semiconductor industry is vital to technological innovation. However, the complexities of the supply chain and the nuances of different computer chips can leave one with more questions than answers. With this broad overview, it is easy to gain a better understanding of the industry as a whole. The first thing to note is the distinction between digital chips and analog chips. The common belief is that digital is an upgraded, more technologically advanced version of analog- but this isn’t the case. In fact, the worlds of analog and digital chips are complementary.

Digital chips are built to store and process information. Because they function in binary, they can only deal with discrete variables. As a result, these chips are more expensive to buy and have quicker product cycles. Analog chips are created to convert continuous real-world variables into a signal that can be understood by the digital chip. Compared to digital, analog chips are less expensive for the consumer and have longer product cycles. Chips that utilize elements of both analog and digital are known as Mixed-signal.

Digital chips can be divided into the groups of logic and memory chips.

Logic chips are in charge of processing data in order to complete a task, and are produced by IDMs and foundries.

Memory chips are information storage devices that are produced by specialized manufacturers. Of these, DRAM Chips store data that has to be accessible when the device is powered on, while NAND Flash Chips are used for data that must be saved while the device is switched off.

General Overview of the Manufacturing Process

1) The initial wafer is constructed.

2) A photoresist coating is applied to the wafer.

3) The wafer is introduced to ultraviolet light through the photomask, within a lithography machine. This procedure is repeated until the wafer has been completely covered.

4) The wafer is baked on a high temperature to make the modifications permanent.

5) The wafer is etched to remove undesirable elements and create a three-dimensional circuit.

The Influence of Moore’s Law

Gordon Moore, the Founder and former CEO of the Intel company, made an observation in 1965 that became known as Moore’s Law. This law is not a law of physics, but instead states that every two years the number of transistors in semiconductor chips doubles, while the price is halved. Moore’s Law is significant as it has sparked industry-wide innovation. Chips included 3.000 transistors in 1970, while today chips contain around 5 billion transistors. Chips get quicker, more powerful, and more energy efficient as the number of transistors increases.

Moore’s Law only applies to digital processors (not analog), and the industry has managed to follow it up to this point. However, there are concerns that it will be able to comply with it in the future.

In order to comply with Moore’s Law, the semiconductor industry has experienced a lot of restructuring since 1980. Previously, semiconductors were vertically integrated, but today the majority are specialized / fabless models. Fabless means that the production of chips is outsourced to a specialist manufacturer known as a foundry. Specialized players allow for more rapid innovation. Collaboration between players, on the other hand, is critical. 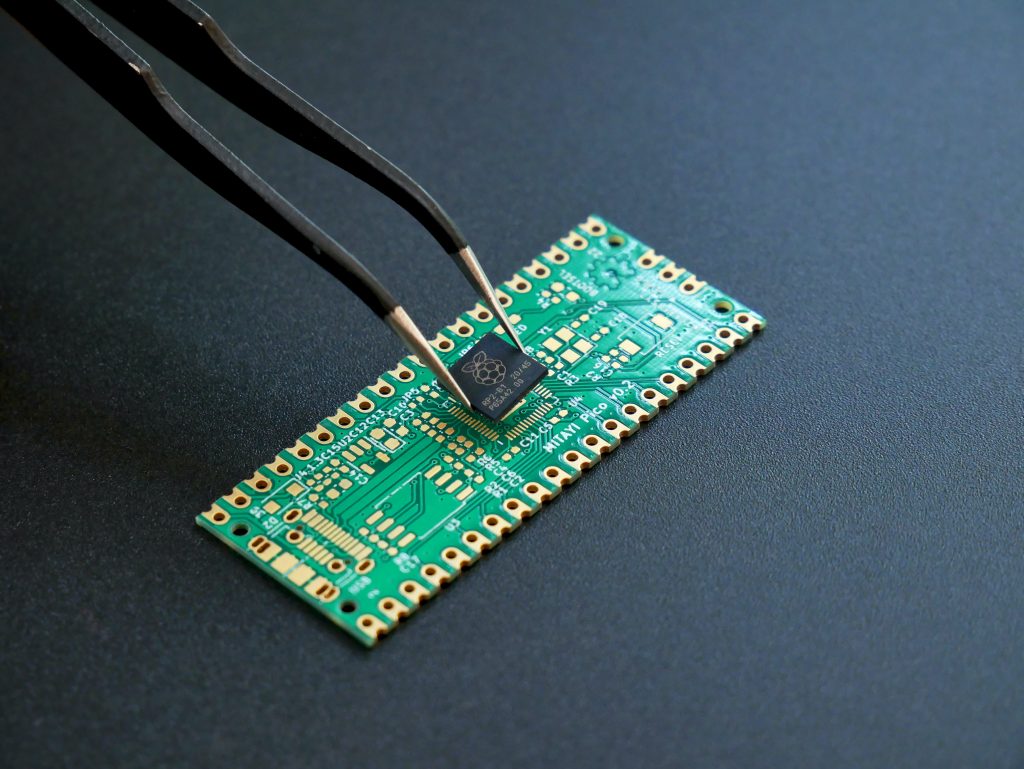 The Current State of the Industry

Foundries, design pure play companies, and EDA companies are all directly linked to Integrated Device Manufacturers (IDMs)- who have their own fabs and design their own chips (think of brands like Samsung and Intel).

There are concerns that China could invade Taiwan and seize its chip manufacturing industry, but western nations are already taking steps to promote local production through legislation including the US and EU Chips Act. If this were to happen, it would be a momentary complication for the industry, but the West would be in a stronger strategic position in the long run. China is many years behind the US and Europe in terms of manufacturing.