If you are looking for the most advanced multifunction data acquisition (DAQ) devices on the market, then the National Instruments X Series may be perfect. They are designed to meet the most demanding test and measurement applications and offer a vast range of features.

National Instruments has followed a route of enhancing existing systems, which makes upgrading from NI M devices to X devices is an easy process. Your investment in coding and accessories is secure as the X series is backward compatible.

Choosing the correct bus technology will depend on the application. Where portability and plug-and-play are the over-riding factors, then USB should be chosen. For high bandwidth, low latency and additional features then either PCI Express or PXI Express are available, providing a throughput of up to 250 MB/s in each direction. X Series DAQ devices are compatible with all versions of PCI Express, from x1 to x16.

USB sustained transfer speeds are available up to 32 MB/s depending on the system thanks to the patented National Instruments Signal Streaming Technology used on the X Series DAQ Devices.

The X series is compatible with the National Instruments DAQmx version 9 drivers which provide the NI-MAX configuration utility along with the DAQ Assistant, giving detailed configuration control and the ability to write applications quickly.

Multiple X Series devices can now be synchronized in one task, using the NI-DAQmx driver and use the DAQ Assistant to log the data easily in TDMS files.

Parallel processing is now possible using the NI-DAQmx driver software and can be easily programmed through National Instruments LabVIEW software or other programming environments. Multiple threads can be executed and with the addition of multicore PC’s extremely high-performance data acquisition can be achieved with ease.

National Instruments X Series DAQ devices are also supplied with LabVIEW SignalExpress software, including hundreds of example programs to assist in rapid development. The interactive measurement software is designed to be simple to use and is able to display information from hundreds of DAQ devices.

National Instruments X Series devices can sample more than 200 separate channels simultaneously without using multiplexing allowing sampling rates to be maintained as you increase the number of channels. Analog sampling rates are up to 2 million samples per second through 16 simultaneous channels and with an input resolution of 16 bit.

Digital signals can be clocked at a maximum rate of 10 Mhz using an external or onboard clock. The USB devices include onboard memory with either 32 or 64 ms refresh rates, ensuring a finite transfer level of acquisition data.

The multifunction National Instruments X Series devices are capable of a vast range of applications, including data logging, control systems, test automation and acquisition and visualization of static data and waveforms.

National Instruments is continuously updating the range of devices and some of the X Series DAQ Devices have been classified as mature. Apex Waves specializes in supplying these mature components and X Series devices, such as the PCIe-6321, PCIe-6323, PXIe-6358, and USB-6341 are still available from for purchase from Apex Waves. 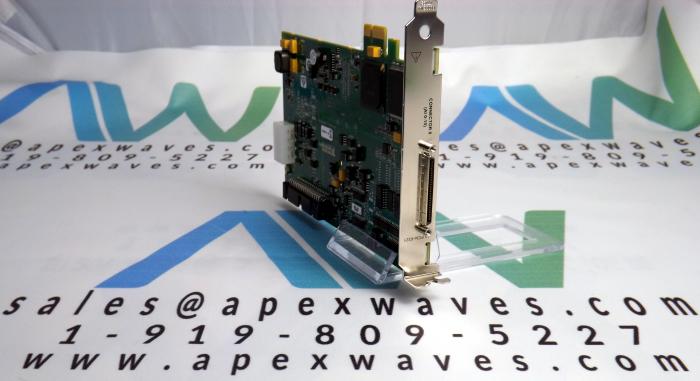